Wrężel SA Brewery has over 30 original recipes based on simplicity, non-combined ingredients, and the passion of the owner. The hops used for production are mainly imported from the USA, and the taste of the beers is enhanced with real fruits and aromas of citrus peels.

Our activities were mainly aimed at building the brand image and promoting it among potential recipients.

The history of the Wrężel Brewery began in the privacy of the home kitchen of the brewer Adrian Kukuła in 2011. Three years later his beers were already on store shelves. “Craft beers” from Wrężel can now be purchased in supermarket chains such as LIDL, TESCO, Carrefour networks, at BP gas stations, and in smaller shops.

How to get loyal brand lovers?

We also wanted to inform as many people as possible about the issue of shares conducted by the company on the Beesfund equity crowdfunding platform.

We decided to reach out to influencers who could become brand ambassadors. Thus, we chose a unique, personalized creative promotional product distribution method as a tool.

Our target group was 39 people with large ranges in the business world. This included people interested in social investing.

Beers with a personal label

Each of the people selected received a wooden box with 4 bottles of beer with their name on it. Thanks to the personalized label, the recipients felt honored with “their own beer”, which they could boast of on social media (and they were happy to do so). 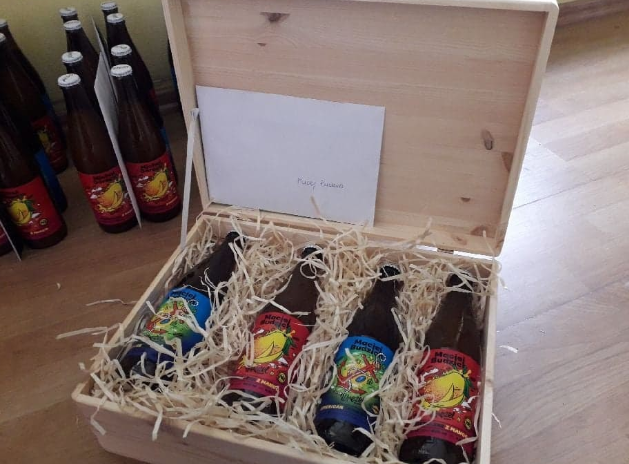 We enclosed a personal letter with the beers we shipped. In the letter, we presented a short history of the Wrężel Brewery and a recipe for a successful evening with Wrężel beer.

In addition, we invited them to take part in a promotional campaign as Ambassador of Wrężel. 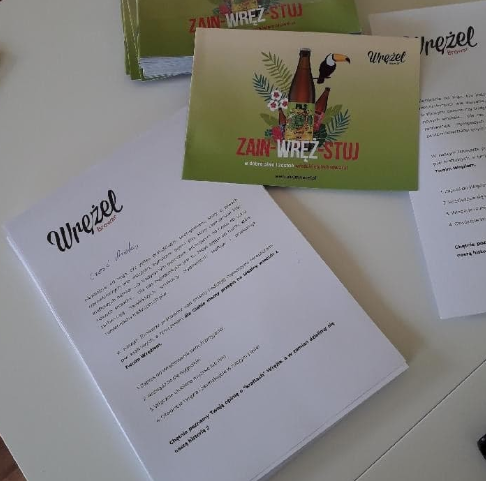 We didn’t have to wait long for the effects. Especially as most people (not accidentally) received the package on Friday. Just in time for a weekend relaxation – or rather beerlaxation :).

People who received the parcel very quickly “praised” the company in their social channels. They were particularly impressed with the unique gifts from Wrężel.

Most posts contained information about the gifts and the taste qualities of the beer. As a result, a few people decided to invest on their own.

All creative shipping generated a total of:

Let’s create something together!

You’ve got an idea for a project?
Do you want to talk about cooperation opportunities?
Contact us!

Check out our projects

Do you want to know more about our activities?
Read our Case Study section, which illustrates our work even better!

This website uses cookies to improve your experience while you navigate through the website. Out of these, the cookies that are categorized as necessary are stored on your browser as they are essential for the working of basic functionalities of the website. We also use third-party cookies that help us analyze and understand how you use this website. These cookies will be stored in your browser only with your consent. You also have the option to opt-out of these cookies. But opting out of some of these cookies may affect your browsing experience.
SAVE & ACCEPT